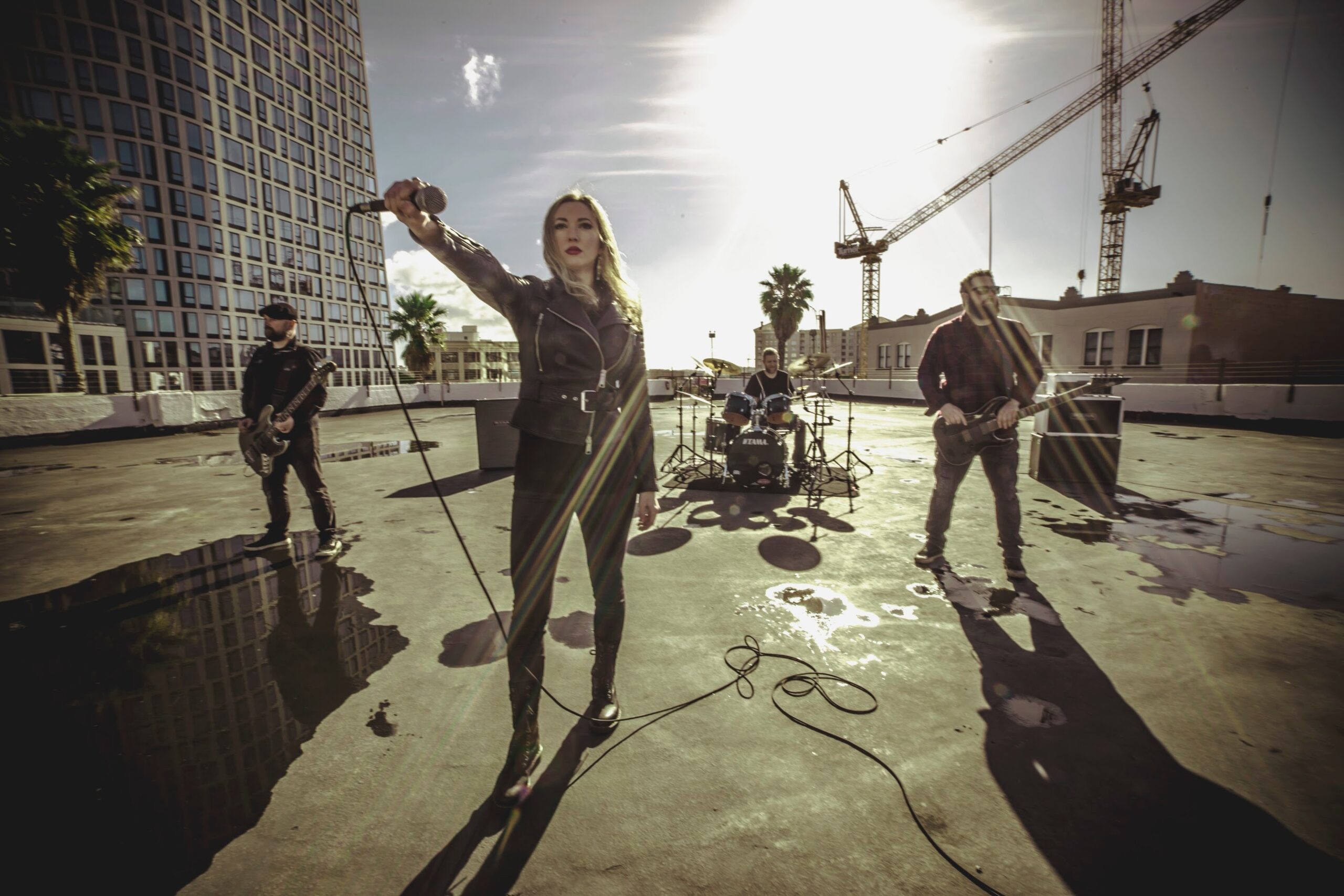 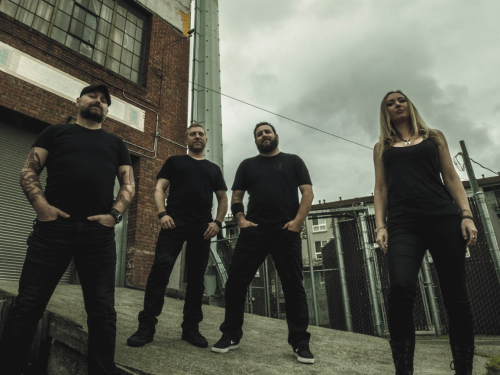 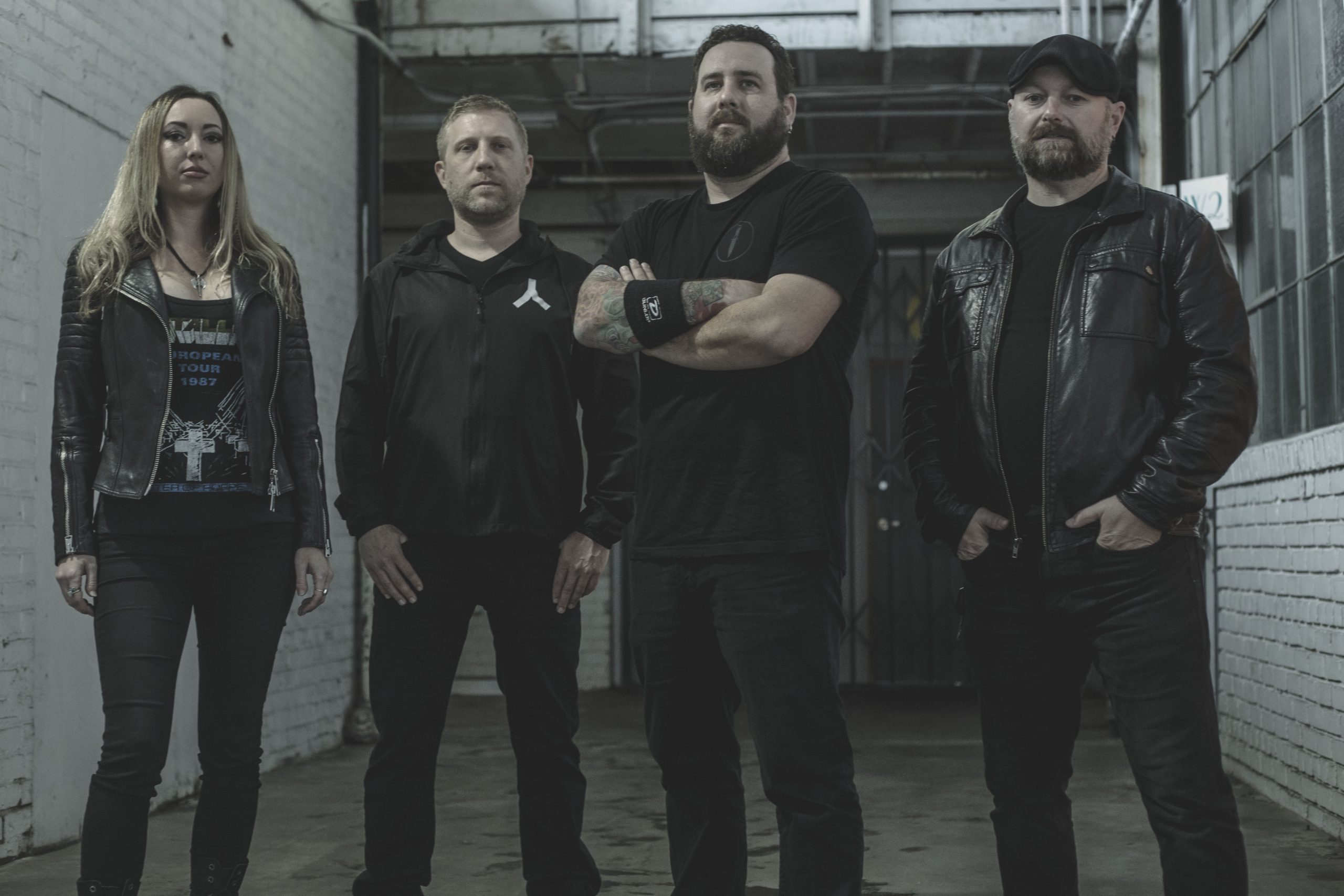 Northern California’s AMONGST THIEVES are on the cusp of reigniting the full-throttle pace and energy of hard rock in a refreshingly mighty manner. Seamlessly blending addictive melodies with wholly immersive distortion and unity, the band offer unique levels of contrast between soulful yet gritty leading vocals, and the raw power and vibrancy of their instrumental set-up. Showcasing poetic songwriting and impeccable musicianship, AMONGST THIEVES promise equal parts intimacy and depth – leading with deeply human concepts and vulnerabilities, amidst unwavering confidence and uplifting self-empowerment. →

AMONGST THIEVES formed back in 2011. Each member brings their own individuality and talent to the stage, yet the completed outfit delivers a notably tight arrangement that proves consistently impressive from both in the studio and on stage. Their unquestionable passion and presence, fused with decidedly thoughtful songwriting, helps make them one of 2021’s hardest hitting and most unmissable acts. A newly recruited Ania Bogdanowicz brings power and emotive authenticity to the forefront of the band’s sound. Meanwhile, guitarist Kris Hartzell pours unwavering energy and precision into the mix with infectious riffs and compelling chord progressions. Throw in the drive and warmth of Scott Proctor’s mesmerizing bass work, and top it all off with drummer Josh Davidson →

injecting unequivocal vigour and vibrancy; the result is a hard-rock unit categorically at the top of their game. Over the past 10 years, AMONGST THIEVES has rightfully gained recognition across the West Coast, independently recording and producing their debut album ‘Last To Suffer’, and performing live at a plethora of renowned venues and events far and wide. Breathing new life into the hard rock and metal scenes, fusing indisputable skill, dedication, and an immense sense of identity, AMONGST THIEVES gear up to unleash two brand new singles, and a re-release of their previous single ‘Deceiver’ – with Ania Bogdanowicz now taking the reins vocally. The band’s own conviction and integrity have paid off over the years, seeing them perform alongside well known names like Alien Weaponry, Trapt, Fishbone, Filter, Gemini Syndrome and We Are Harlot. Their upcoming sophomore album promises to be a powerhouse of infectious and heavy tunes, the sort that sing and scream out the frustrations of modern life in a raw, poignant, and unforgettable fashion. ↓ 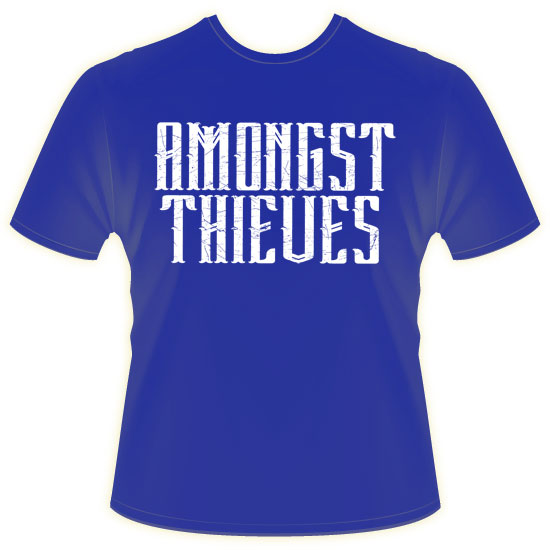